SEABIRD – The Civil Eye is a documentary film about the work of the search and rescue NGO Sea-Watch e.V. in the Mediterranean Sea. By coordinating rescue operations from the air, the NGO’s airborne department not only complements the civil sea rescue, but also documents human rights violations at sea by the so-called Libyan Coast Guard.

The Central Mediterranean Sea: A place where anger, sadness, and relief are so close together. A place where human rights are systematically being violated.

Together with the Swiss NGO “Humanitarian Pilots Initiative”, the search and rescue organization „Sea-Watch e.V.“ has been operating two civil reconnaissance aircrafts named „Seabird“ over the central Mediterranean Sea since spring 2017. During their flights, the crew tries to find distress cases at sea and coordinate their rescue from the air. However, another big part of the work is also the documentation of human rights violations performed by the so-called Libyan Coast Guard.

EU member states fund and train these coast guards to stop people fleeing Libya. These violent and ruthless militias are a political instrument used to return people on the move into an active war zone, while threatening civil rescue ships and preventing them to rescue people to a place of safety.

The film “Seabird – The civilian eye” makes it obvious that the EU must end their cooperation with the so-called Libyan Coast Guard and instead stand up for safe escape routes for all people seeking protection.

On February 12, 2021, the crew of the Seabird witnesses a failed attempt to take people back to Libya against their will: The aircraft discovers a boat with almost 30 people on board. None of them are wearing life jackets. In desperation, the people are waving their hands, hopeing that a rescue ship will arrive. Again and again, the Seabird crew contacts surrounding merchant ships and the official rescue coordination centers. No help. No rescue. No hope.

When two speedboats of the Spanish search and rescue organization “Pro Activa Open Arms” try to reach the boat in distress, a military ship of the so-called Libyan Coast Guard appears at the horizon and races towards them.

In mind-blowing events unfolding in front of their eyes, everyone on the plane has to watch how the so-called Libyan Coast Guard tries to prevent the speedboats from rescuing by any means. Only after hours, when the “Open Arms” can finally reach the boat and rescue the people, the crew of the Seabird can breathe a sigh of relief.

These people are lucky. But every day, organizations like HPI and Sea-Watch have to witness as Europe unashamedly turns a blind eye to people calling for help in the Mediterranean Sea. 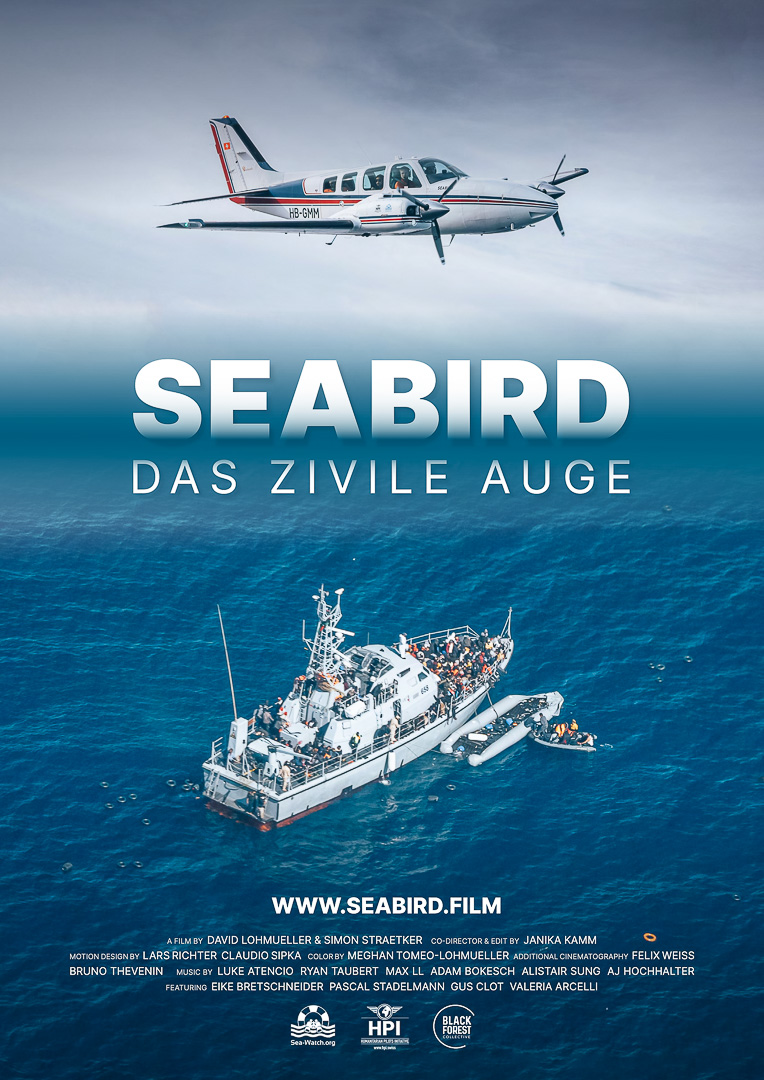 If you enjoyed this article, please consider sharing it!